Skip to content
Previous Next
A great historical (and romantic!) read… 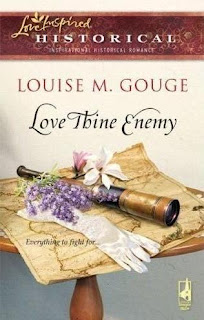 Kathi,
Thank you so much for inviting me to appear on your blog. I thought maybe your visitors might like to know a little bit about my writing journey.

I grew up with a very active imagination and began writing my stories down in 1984. Once I started to write, I plunged into learning how to do it well. After completing my first book, a short contemporary romance, I went back to college and earned a bachelor’s degree in creative writing. Then I did major edits on the book!

I also attended writers’ conferences and soaked up everything I could learn. At one conference, I met an editor who liked my novel. She bought the book and had plans to buy the sequel, but her company went bankrupt. Being a Christian of integrity, she took the time and trouble to find another publisher for me. What a rollercoaster ride of emotions I went through! But I knew God had a plan. In time, that contract produced a two-book series that gave me the credentials to be contracted by an agent, who found a publisher for my next and much bigger project, a three-book historical series entitled Ahab’s Legacy. After a second three-book series, this one set in the post-Civil War period, my agent, Wendy Lawton, made a perfect match for me: Steeple Hill Love Inspired Historicals. I’ve written two books for Steeple Hill and am working on a proposal for a third one.

Each step along the way, with each new book, I continue to learn more about writing. I have a bachelor’s degree in creative writing and a master’s degree in liberal studies. But the most valuable resources in my writing life now are several excellent critique partners and a membership in the American Christian Fiction Writers.

If you’re dreaming of being a writer, here’s what I advise: If God gives you a vision for a story, don’t let anyone tell you not to write it. BUT make sure you study the craft of writing and learn about current trends.

My brand new release from Steeple Hill is Love Thine Enemy, a Revolutionary War love story set in the East Florida Colony. Most people assume Florida was always a Spanish colony until the United States acquired it. But for twenty years, during which time the American Revolution created a brand new country just north of Florida, England owned the area from the Florida Keys all the way to the Mississippi River. Fascinating, right?

So what’s a romance writer to do with that information? Why, I do a bit of research, find a specific setting (St. Johns River), and create interesting characters: an American heroine who would rather be in Boston helping with the Revolution and a British hero whose only concern is making East Florida a prosperous colony for the Crown. Here’s a blurb.

The tropics of colonial Florida are far removed from America’s Revolution. Still, Rachel Folger’s loyalties remain with Boston’s patriots. Handsome plantation owner Frederick Moberly’s faithfulness to the Crown is as certain as his admiration for Rachel—but for the sake of harmony, he’ll keep his sympathies hidden. After all, the war is too far distant to truly touch them…isn’t it? A betrayal of Rachel’s trust divides the pair, leaving Frederick to question the true meaning of faith in God and in country. Inspired by Rachel to see life, liberty, and love through His eyes, Frederick must harness his faith and courage to claim the woman he loves before war tears them apart.

If you would like to read the first chapter of Love Thine Enemy, go to my Web site, http://www.louisemgouge.com/. Both here on Kathi’s site and on mine, leave a comment to be entered into my drawings, and you might win a free copy of my book. Love Thine Enemy is also available anywhere that books are sold. Here’s the ISBN: 13: 978-0-373-82815-9.