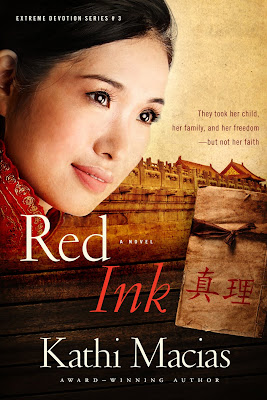 An only child, Zhen-Li was raised by party-faithful parents who were devastated when she became a Christian and married a poor Christian farmer. When she becomes pregnant for a second time and refuses to follow the one-child-per-family mandate of the State, Zhen-Li’s parents have her kidnapped and the baby forcibly aborted. Their actions only serve to reinforce Zhen-Li’s determination to spread the good news of Yesu (Jesus), and she is soon arrested for evangelizing children. Given a ten-year sentence, Zhen-Li’s faith is tested beyond anything she could have imagined. And yet, in the midst of the darkest circumstances, the light of the gospel continues to shine victoriously. Zhen-Li, of course, has no idea that in addition to her own prayers, a former missionary to China, now living on the other side of the world, is praying for her diligently—even as she prays for an acquaintance’s granddaughter who is in danger of being caught up in human trafficking. Through it all and binding them all together is the thread of a distant memory of the song “Silent Night,” wooing the most unlikely with the promise of Christmas.

Award-winning author Kathi Macias has written more than 30 books, including the award-winning devotional A Moment a Day and the popular “Matthews” mystery novels. Kathi has won many awards, including the Angel Award from Excellence in Media, fiction awards from the San Diego Christian Writers Guild, 2008 Member of the Year from AWSA (Advanced Writers and Speakers Association), and the grand prize in an international writing contest. With women’s ministry as her primary interest, Kathi is a popular speaker for women’s retreats, conferences, and churches. A mother and grandmother, Kathi and her husband, Al, call California home.

For more information about Kathi Macias or New Hope Publishers, visit www.newhopepublishers.com. Copies of books may be purchased online or by calling 1-800-968-7301.