Skip to content
Previous Next
Best Book of 2011–The Rhythm of Secrets! 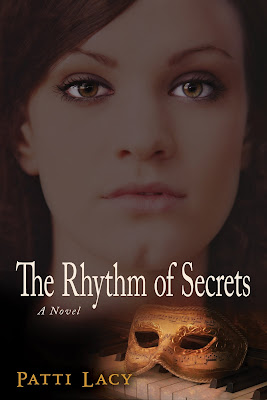 So you think it’s too early in the year to pick the best book of 2011? Get a copy of The Rhythm of Secrets by Patti Lacy and read it–then tell me what you think! I’m an avid reader and have lots of favorite books and authors, but Patti Lacy has zoomed to the top of my list. I, for one, will stand in line to buy anything she writes–and I hope you’ll do the same! Any other book I read this year will have to be beyond amazing to knock The Rhythm of Secrets from the hilltop. Check it out at www.pattilacy.com!

Sheila Franklin has played the part of perfect pastor’s wife. Unbeknownst to her husband, she’s played other parts as well: the precocious daughter of jazz musicians in colorful 1940s New Orleans, a teen desperate for love and acceptance, and an unwed mother sent North with her shame.

After marrying Edward, Sheila has artfully masked her secrets as easily as she once put on a Mardi Gras disguise, allowing Edward to gain prominence as a conservative pastor. When one phone call from a disillusioned Vietnam veteran destroys her cover, Sheila faces an impossible choice: save her son (that soldier!) and his beloved…or imperil Edward’s ambitions.

Inspired by a true story, The Rhythm of Secrets intermingles jazz, classical, and sacred music in a symphony trumpeting God’s grace.