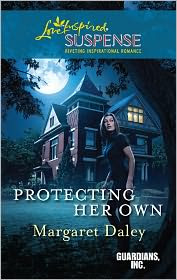 Faith in an Inspirational Story

When you write an inspirational story, you have to add an extra element to your stories. I think of it as adding the spice to a food dish. The faith element can add a depth to your story that a lot of other secular ones don’t have. So all you have to do is add a few prayers, mention God a few times and you have it made. NOT!

Adding a faith element is much more complicated than that. As any aspect of a story, you must make it seem an effortless and seamless part of the story. When you deal with aspects like a character’s goals, motivation or conflicts, they must be woven into the fabric of your plot to the point you can’t take them out or the story will fall apart and not make sense. The same is true for the faith element in an inspirational romance.

So where do you begin interweaving faith into your story? You begin with your characters–your protagonists. If you want to have an integrated faith journey in your story, it must come from your character’s development. Faith, as in your life, is an intricate part of your character’s life whether it is the journey toward learning the power of the Lord or reaffirming the Lord. You take my faith away, you take an important part of me away. The same goes for your character’s faith in an inspirational romance. So when you’re developing your characters at the beginning, you need to remember that. Faith, or the lack of it, will be just as much a part of your characterization as their goals, motivation and conflicts. If it isn’t then you need to go back to the drawing board and work on

that part of your characterization because the spiritual growth will stem from that.

Faith along with a character’s goals and motivation come from his background. You need to explore both your protagonist’s faith or lack of, then make it an integral part of the story by intertwining it in your characters’ goals and motivation. By doing that it will naturally become a part of your characters’ conflicts. I usually have one character believe in Christ while the other either doesn’t or has turned away for some reason that will need to be explored in my story and dealt with. Sometimes I have both characters believe, but during the course of the book something happens to shake the faith of one or both.

This is the case in my Love Inspired Suspense called Vanished. J.T. Logan is a sheriff whose daughter is kidnapped. He has a strong faith in the Lord, a faith that helped him kick his drinking habit. But when his daughter is taken, that faith is shaken. The heroine is there to help him shore up his belief and to help him use it to get through the ordeal. Both are Christians, but in this story the journey is different. It’s a story about how two people turn to their faith to strengthen themselves when they need to be strong. They lean on the Lord for that strength. Without it J.T. would have fallen apart when his family needed him the most. He would have started drinking again.

To be an intricate part of your story faith must be interwoven with at least one of the character’s goals, motivation or conflicts (more is better). For example, in Heart of the Amazon, Kate decides that God led her to Slader to show him the way to the Lord. That became a goal for her in the story. Or in Light in the Storm, Sam was a minister who had lost his faith. His goal when he came to Sweetwater Lake was to either get his faith back or to walk away from the Lord forever. In The Cinderella Plan, Anne was a nonbeliever and Caleb was a youth minister. He could never see himself getting romantically involved with a nonbeliever, so when he became friends with Anne and was attracted to her, he faced a dilemma. His faith became an internal conflict for Caleb. Could he walk away from a nonbeliever when he was falling in love with her? In the book I just finished writing Once Upon a Family, Peter is motivated to show Laura that if she puts her trust in God then anything is possible. She has lost her ability to trust a man or her own judgment, and he’s falling in love with her.

From these examples you can see when building your character’s background, you need to make decisions about his faith. Does he believe? Has he ever believed? Why doesn’t he believe? What makes him turn to God for help? What made him turn away from the Lord? When did he give himself to Christ? How does he practice his faith? Does he have doubts about his faith? Why? What kind of temptations has he dealt with? These and more are questions that you need to answer before you begin writing. They are questions you need to answer as you are developing your plot because the faith element should be a part of your plot.

In Tidings of Joy, Chance can’t move on in his life without dealing with his past. Chance went to prison for killing his wife and daughter and served several years for a crime he didn’t commit. Finally the real killer was caught. Chance reaffirms his faith in Christ and uses that to come to terms with the man who murdered his wife and daughter.

This story wouldn’t have really worked without Chance being able to put his past behind him. His past was like chains weighing him down until he could do nothing.

One of the things we must be careful about is being too preachy. You don’t need to hit the reader with a 2 by 4 to get your point across. This is where you want to show your characters living their faith in a natural way. They need help, they pray to God for help. They are wrestling with a problem and they ask the Lord for guidance. Something good happens, they thank God. They live their faith. This can speaks volumes to a reader and cannot be stressed enough. A note here, however. That does not mean your characters are perfect. Christ is the only one who walked this earth who was perfect. You need to show a Christian struggling with his human flaws. How does his faith help him when he falters? What about temptation? It’s natural to be tempted and have to make a choice whether to give in to the temptation or to stand firm. My hero in Vanished buys a bottle of liquor and contemplates taking his first drink in five years in his hour of need. In the end it’s his faith in the Lord that keeps him from taking that drink. That enables him to go on and solve the kidnapping case. What I love about Christian fiction is showing how we can use our faith to overcome our shortcomings and make us a better person. Exploring the flaws and temptations add depth to your character.

So how do you show the character’s spiritual growth? One way is through internal thoughts. This can be in the form of a prayer, a struggle where he/she comes to grip with a problem, especially one that involves the character’s faith.

Another way to show a character’s faith journey is through conversation. When you get to know another, you will talk about things that mean a lot to you. Or you will talk about a problem you are having. This can lead to a discussion about the Lord and how He can affect your life. This is often between the hero and heroine, but it doesn’t always have to be. It can be two friends sharing a moment or a concern. The protagonist turning to a mentor can be another way. It can be a parent and child. The key is to integrate the Lord’s power, wisdom and love into the story. Using them to resolve the conflicts in the book makes the faith an integral part of the plot, so that if you removed it, the story wouldn’t work. It would lose its richness that make our books so unique and touching. Our stories are a celebration of the Lord. Our books are a celebration of the power of His love.

I believe the key here is to weave in the faith element in a realistic, natural way. Look at your own faith journey to guide you. There is a little bit of me in every book I write. I think we are the blessed ones because we are able to use our faith to strengthen our characters, enrich our stories and add depth to our heroes and heroines.

To summarize an inspirational romance must deal with the faith journeys of its hero and heroine and occasionally a secondary character. Each character can be in a different place in that journey, often at odds over where they stand in their relationship with the Lord. That doesn’t always have to be the case, though. A writer can show how the hero and heroine’s faith helps and guides them through their problems, through the doubts that assail a character when he deals with a conflict that test his faith. The faith element should be intertwined with a character’s goals, motivation and/or conflicts. When coming up with your hero and heroine, don’t forget to think through and develop their faith and how it will affect your story and interactions with the other characters as well as each other. You can show the faith journey in your story through conversations and internal thoughts. But be careful not to be too preachy. Make it a natural and realistic part of the character’s life.