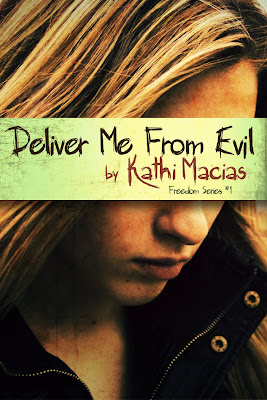 Birmingham, Ala.)—August 30, 2011—Deliver Me from Evil (978-1-59669-306-7, N114140, $14.99) introduces readers to Mara, an 18-year-old girl who has been enslaved for nearly ten years, having been sold by her parents in Mexico and then smuggled across the border into San Diego where she was forced into sexual slavery. Readers will also meet 18-year-old Bible-college-bound Jonathan and his 16-year-old sister, Leah, whose paths cross Mara’s and who become involved in her dramatic rescue.

Deliver Me from Evil is the first book in her new “Freedom” series, which will explore the dark world of human trafficking.

“The ‘Freedom’ series has been a tough one to write, simply because all three novels in the series are based so closely to the ugly truth that human trafficking not only exists all around the world, but the numbers of those entrapped in it are staggering,” says author Kathi Macias. “My prayer is that these three novels will open people’s eyes to the need to fight this hideous crime and help rescue these modern-day slaves.”

“In Deliver Me from Evil, Kathi Macias brings readers a startling encounter with the real-world horrors of sexual trafficking,” says Lisa L. Thompson, MA, liaison for the abolition of sexual trafficking, the Salvation Army National Headquarters. “In an intricate story that could have come from the pages of any major newspaper, her fictional account makes readers confront the hard facts that slavery still exists and that everyday people may be only a brief encounter away from its victims. Deliver Me from Evil reminds us of our need to be alert to the signs of exploitation that surround us, and summon us to be bringers of Christ’s light, hope, and healing to a dark and hurting world.”

Red Ink, one of Kathi’s current fiction books, recently won Novel of the Year by the Golden Scroll Book Awards. Red Ink has been named one of three finalists for the Long Contemporary Carol Award by the American Christian Fiction Writers (ACFW).

Award-winning author Kathi Macias (www.kathimacias.com) has written more than 30 books, including the award-winning devotional A Moment a Day and the popular “Matthews” mystery novels. Kathi has won many awards, including the Angel Award from Excellence in Media, fiction awards from the San Diego Christian Writers Guild, and the grand prize in an international writing contest. With women’s ministry as her primary interest, Kathi is a popular speaker for women’s retreats, conferences, and churches. A mother and grandmother, Kathi and her husband, Al, call California home.