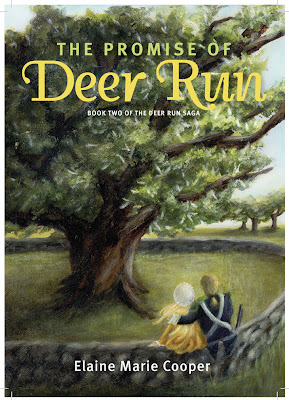 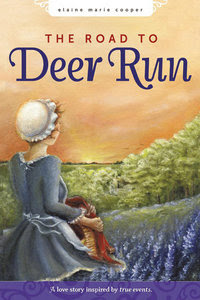 So pleased to tell you about my friend Elaine Cooper’s excellent series.

Summary of The Road to Deer Run by Elaine Marie Cooper

During the American Revolution, British soldier Daniel Lowe has been captured after being wounded at the Battle of Saratoga in 1777. He escapes from his captors and hides in the woods to die, only to be rescued by Mary Thomsen, an American farmwoman. As Daniel’s festering wound heals, his gratitude to the woman who saved him transforms into love. But as an enemy soldier, his presence is endangering Mary, as well as her widowed mother and little sister. As he desperately tries to hide his identity, not only is he faced with exposure by the local Patriots, but must deal with his worst nemesis: an American soldier who also loves Mary and figures out who Daniel really is.

The Road to Deer Run is a novel about healing, forgiveness and redemption, set in the rugged landscape of Western Massachusetts.

“With subplots as appealing as the main story, the book is well researched, well written, and well worth the purchase price. Ready for the sequel.”

Summary of The Promise of Deer Run

America’s war for freedom from England has been over for seven years, but the wounds of that conflict still plague the minds and hearts of the residents of Deer Run.

Young American veteran Nathaniel Stearns, suffering from the memories of war that haunt him in the night, has withdrawn to a life of isolation. He still awaits his father who never returned from the war—a mystery that haunts him as well.

He is brought out of his self-imposed exile by a near-tragedy in the woods that brings him face-to-face with nineteen-year-old Sarah Thomsen. This chance encounter opens a crack into the door of his heart as mutual affection quickly blooms.

But slander and lies soon mar the budding romance, rendering both Sarah and Nathaniel wounded and untrusting as their faith in both their God and each other is shattered. Set in 1790 and filled with rich detail of the era, The Promise of Deer Run continues the story of the Thomsen family as they struggle to survive in the aftermath of the war that birthed the United States.

A joy to read.” — Kirkus Reviews

Elaine Marie Cooper lives in the Midwest but grew up in Massachusetts, the setting for her novels. Long enamored of Early American history, Cooper is currently working on Book Three of her Deer Run Saga. Her first novel in the series (The Road to Deer Run) was a Finalist in the 2011 Next Generation Indie Book Awards and received honorable mention at the 2011 Los Angeles Book Festival.

Cooper has been a magazine freelance writer for many years and is also a contributor to the devotional called Fighting Fear: Winning the War at Home by Edie Melson.

She is married, has two grown sons, and is grammie to triplets who are almost two.

To order one or both of these great books, go to: