Skip to content
Previous Next
Li Ying is Free! 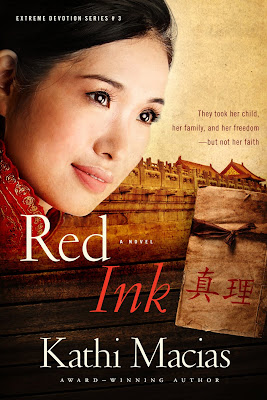 Red Ink, my multi-award-winning novel loosely based on the life of one of my personal heroines, Li Ying, has now received its greatest honor. I found out that Li Ying has been released from prison and that she is aware of the book and grateful for it. She has expressed a desire to meet me if she is ever allowed to travel to the US. Please pray with me that it will happen. Here is the press release:

Li Ying, of the South China Church in Hubei, was released on Christmas day. She’d been sentenced to 15 years in prison in 2002 for “intentional assault.” Fu said a worldwide letter-writing campaign and other international efforts on her behalf helped lead to her release.

Li tearfully told Fu that during her decade in prison, thousands of letters for her were sent to the prison. She said the letters had also helped to significantly improve her prison conditions.

Li was one of the first prisoners featured by the international human rights group Voice of the Martyrs on its www.prisoneralert.com website, where concerned Christians could write letters of encouragement to imprisoned Christians. According to Voice of the Martyrs, more than 11,400 letters were written to Li through the site since 2004.
Li is the niece of Pastor Gong Shengliang, founder of the South China Church, one of the fastest growing house-church movements in China. She was also editor in chief of the church newspaper, South China Special Edition (Huanan Zhuankan). Before her 2002 arrest, she’d been incarcerated several times, including spending one year in prison in 1996.

Li was one of 17 South China Church leaders convicted in December 2001 of “using a cult to undermine enforcement of the law.” Five of those leaders, including Li, were sentenced to death.

Fu said an international outcry led to those death sentences being revoked in September 2002. A retrial resulted in the five being convicted of “intentional assault.”