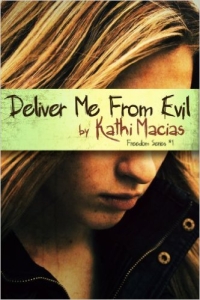 Deliver Me from Evil introduces readers to Mara, an eighteen-year-old girl who has been enslaved for nearly ten years, having been sold by her parents in Mexico and then smuggled across the border into San Diego where she was forced into sexual slavery. Readers will also meet 18-year-old, Bible-college-bound Jonathan and his 16-year-old sister, Leah, whose paths cross Mara’s and who become involved in her dramatic rescue. Interwoven between the stories of Mara, Jonathan, and Leah is the heartbreaking story of another young woman in captivity in the Golden Triangle of Thailand, whose past life mysteriously connects to the young people in San Diego.