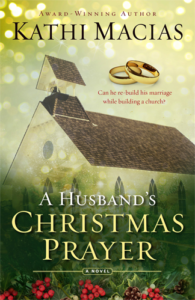 Pastor Paul has been handed the promotion of his dreams, but his formerly supportive wife doesn’t share his sentiment about moving. She liked where she was. She liked her home, church family, and coffee with friends while the kids were at day care. Why did they have to move? For the first time in their seven-year marriage, Paul feels distance growing between them. As he struggles to minister to difficult people in his congregation, he also finds he has to minister to his own family. Will it be enough in time to create a united home for Christmas?