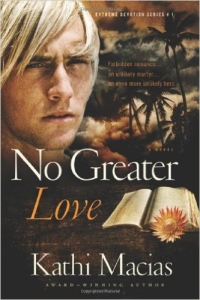 Forbidden romance, an unlikely martyr and an even more unlikely hero. Orphaned four years earlier when their parents, active in the African National Congress (ANC) movement against apartheid, were murdered—16-year-old Chioma and her 15-year-old brother Masozi now live and work on an Afrikaner family’s farm.
When Chioma and Andrew, the farm owner’s son, find themselves attracted to one another, tragedy revisits their lives. Chioma escapes to join an ANC rebel band in her effort to survive and gain revenge for her family and culture. When cultures clash in life-or-death struggles, Chioma must choose between violence and revenge—or forgiveness and selfless love.

Loosely based on historical events and set near Pretoria, South Africa, in the violent upheaval prior to ANC leader Nelson Mandela’s release from prison in 1990 and his ascendance to the presidency of South Africa, this story of forbidden romance produces an unlikely martyr who is replaced by one even more unlikely.