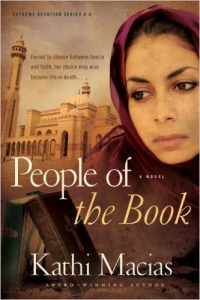 Will God protect and keep them safe in the midst of persecution?Farah lives in Riyadh, Saudi Arabia, with her family, and wants nothing more than to develop a deeper devotion to her Muslim faith. She sees the month of Ramadan as her chance to draw nearer to Allah, and pursues that goal. All goes well until the prophet Isa—Jesus—appears to her in a dream and calls her to Himself. Her brother, Kareem, who has never liked her, seeks to discredit her.Farah’s cousin, an only child, frequents an online chat. She discovers former Muslims discussing their new belief that Isa is much more than a Muslim prophet—He is actually the Son of God. She becomes acquainted with an American girl of Muslim ancestry—now a devout Christian—Sara. Sara has problems of her own due to her brother Emir’s suspicious behavior. Each finds their faith put to the test. Will they be true to their beliefs? Will God protect them, or will they pay the ultimate price for their faith?