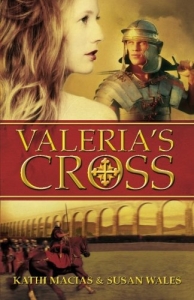 In the 3rd century, pampered Roman princess Valeria falls in love with Mauritius, captain of the Theban Legion. She sends him off to battle, where he suffers under the schemes of a notorious pagan general with an ambition for power and a lust for Valeria. In a scene based on true events, the evil Galerius kills Mauritius and his entire legion for their Christian faith. And in a shocking turn of events, the grieving Valeria is forced to become Galerius’ wife against her will. Never has a marriage been set up for such failure. Valeria loathes her new husband, but he seems to undergo a change of heart, adopting a child for her and giving her power and authority, and even love. She struggles with the commitment she knows she must keep, and the love she knows she will never find again.